EU Common Foreign and Security Policy as a peacebuilding tool

Madrid, European Commission Permanent Representation in Spain.The Civil Society Dialogue Network (CSDN) is a three-year project funded by the European Commission aimed at facilitating dialogue on peacebuilding issues between civil society and the EU Institutions.  As member of the EPLO, CITpax wishes to contribute to strengthening this dialogue by organizing in Spain an experts meeting to analyze the practice of peacebuilding and conflict prevention and to contribute to find solutions a more coherent and effective EU action in these areas. For the CITpax, the Spanish civil socie Read more...

The private sector and the multinational’s contribution to peace building 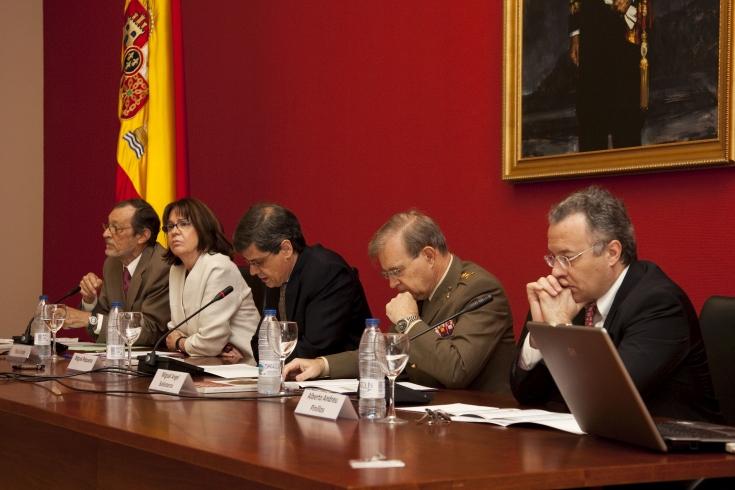 Madrid, Instituto Universitario “General Gutiérrez Mellado”The private sector could potentially play an important role in peace building and conflict resolution alongside governments, international agencies and NGOs. With their management skills, know-how and resources, businesses might complete and support the Human Rights work carried out by the International Community, and contribute to early rebuild of critical infrastructures in post conflict countries. Some companies might as well support mediation and dialogue efforts during peace processes. Additionally, the private sector has an outst Read more...

Madrid, European Commission Representation in SpainClimate change has become humanity’s next security challenge. Its risks are real and its effects are beginning to be felt in the whole globe. Competent scientists predict that the world average temperature will rise up by 2ºC. A new climate era is approaching. It will have an effect not only on human security (as a consequence of more natural disasters, land desertification and water shortages) but also on the way in which states relate to each other, becoming a potential source for conflict.Climate change will redraw frontiers, increase migra Read more...